Net Entertainment recently released the Motörhead slot game, which has been extremely well received so far. It has another surprise in store for the players as they have come out with a November promotion. Named as the November Rocks, this promotion focuses on the three slot offerings in the Rocks series from the software publisher. 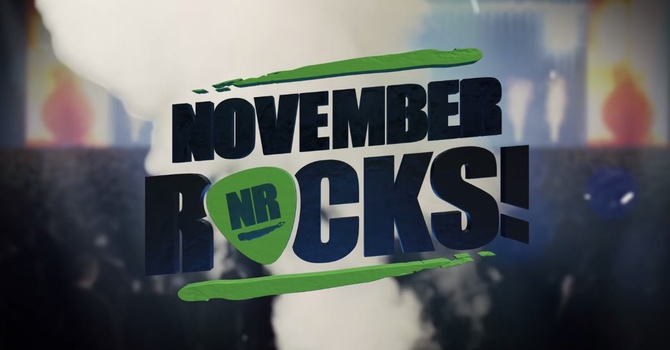 There are 5000 prizes made available for the players as part of this competition. This will include 100,000 free spins on the three slot games belonging to the rock series. A cash prize of €25,000 will also be available for 100 players and equally divided among them. Finally, a lucky player will get the chance to win the ultimate prize on offer. The big winner will be able to travel to London and access accommodation at one of the city’s top hotels in an all-paid trip from the software publisher. Furthermore, this trip also includes a helicopter ride over London along with concert tickets for an event at the O2 Arena.

The November Rocks promotion from Net Entertainment starts on November 6 and concludes on November 16. In order to qualify for this promotion, a player must have performed at least 50 spins on any of the three rock series slot games with real money. This in turn would provide the player with one ticket for the draw. A player is eligible to win as much as 50 tickets in a day. The draw will be made on November 17 with the announcement regarding winners coming on November 18.