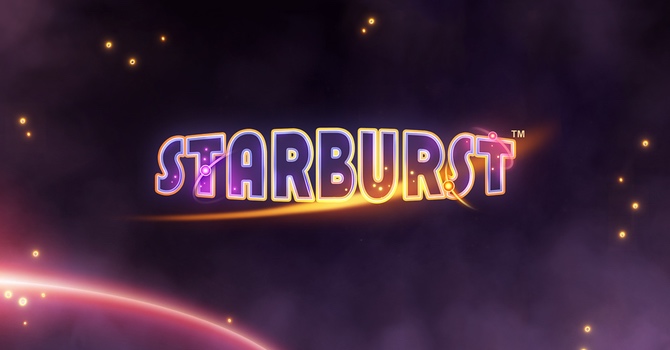 Starburst is a slot game from Net Entertainment with an arcade theme. This 5 reel game with 10 pay lines is regarded as one of the popular offerings from the publisher. Starburst is one of my favourite slot games which is available for various devices. A jackpot of £50,000 is one of the special elements of the game.

Starting from as little as 10p, players can go up to £100 on a spin. A visually beautiful slot game, there is also an excellent soundtrack to go along with it. Even though it lacks the free spins feature, it is possible to win on a number of ways. The expanding Starburst wild will be one of the main aspects of the game.

When these wild symbols appear on the center 3 reels, it results in a re-spin feature similar to that of free spins. It is possible to win astronomical sums once this feature is activated. They remain on the reel as long as the combination goes out.

Starburst is easily the most popular offering from Net Entertainment, but that does not mean that casinos skimp on the bonus list. In fact, there is a bewildering array of bonus elements for new signing players. Aspects like free spins are provided without fail on most casinos, while there will also be the addition of loyalty bonus, reload offers, and retention offers once the player comes with a first deposit.

It is even possible that some casinos may even offer some free spins just for signing up. Regarded as one of the selling points, Starburst is likely to be offered on all major online casinos.