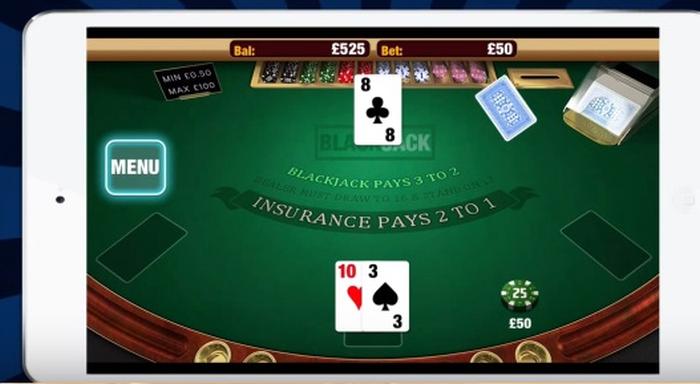 Mobile casino gaming has grown from a niche activity that only the most devout played into a form of online gaming that almost rivals its big screen counterparts. Nowadays as mobile devices have become smarter and more advanced, more things are possible from mobile casino games and they have become more accessible than ever.

There are companies nowadays, such as NetEnt, that almost exclusively develop mobile casino games and are incredibly successful. It’s estimated that this format may even eventually surpass its desktop counterparts – right now in Europe it is close to a 50/50 split between desktop and mobile for the most popular devices to use for gambling.

The advent of new web technology means that casinos can now provide gambling experiences through your browser that almost achieve parity with Apple and Android online casino native apps without requiring plugins. This means that, in theory, you can gamble from any device with a web browser – be it your phone, tablet, PC or even TV.

It’s also good news for casino game developers, who only need to create one version of a game that is compatible across all devices. This differs from creating native mobile apps, where a different version must be created for each mobile OS, such as Android, iOS and Windows. Smartphones are generally powerful enough to handle most games casinos make these days, but particularly intensive games may sometimes perform better on more powerful devices like tablets or PCs than phones.

Another difference between HTML5 mobile gambling games and native app gambling games is that you are not required to download any special software to access HTML5 games. Neither do you need to keep them updated on your device – like any other website, they are kept updated without requiring you to do anything. This is particularly handy if you are on a data restrictive contract, as they are much less data intensive compared to native apps which must first be downloaded and then periodically updated.

Native apps have the advantage of feeling more fluid and can take full advantage of your device’s hardware, because they are developed with specific devices in mind. When a HTML5 game is developed, developers cannot assume what type of device it will be played on so they tend to be slightly less feature rich than their native app counterparts.

Mobile roulette has become a popular pastime due to the ease of access. Thanks to faster and faster internet connection speeds, both at home and on the go, it is now possible to play live with real dealers around the world. This gives you an enhanced experience and feels more fair, as opposed to older roulette games where it felt like the computer was simply deciding whether you won or lost at random. By playing against live dealers, you can get a feel for how they spin, how they play and use strategies comparable to the ones you’d use when playing roulette in a real casino.

Another popular mobile gambling game is blackjack. It’s possible to play against real live dealers as well, which makes games feel a lot fairer and more like playing in a real casino. You can see the cards as they are being dealt and this makes games feel a lot less random and biased. By increasing the perceived fairness of mobile casino games, both users and developers can benefit as users feel more comfortable gambling larger amounts of money and developers can use those increased funds to further improve their games and bring more benefits to users.

Mobile gambling games have been in existence for a long time now but for a large part of that time they have been relegated to only a small subset of users for a variety of reasons. Their lack of availability, compatibility with devices and perceived fairness have all hindered their expansion in the past.

With the spread of 4G coverage and the constant improvements to smartphones, nowadays almost everyone has a device that is capable of playing gambling games from wherever they are – whether sitting at home on the sofa or waiting for the bus on the way to work. This increased accessibility has led to a burgeoning in the mobile gaming market and more companies have begun to develop their own games.

This has led to increased choice and improved games as developers compete to make their product stand out above the competition. For the end user, this means more variety, better games and overall a better gambling experience. The field of mobile casino games looks set to continue growing in the near future, so now is an excellent time both for casino game gamblers and developers alike.